Tis' the Month for Roses... 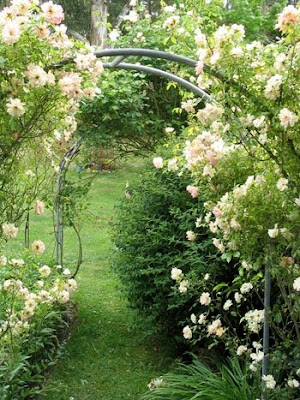 Indulge yourself in ROSE this Valentines. Whether it be in decadent truffle bar, a luxurious cream, a mist of a sublime fragrance , a cup of calming rose tea, or a healing rose hips vitamin C.

Throughout history, roses have filled our senses with their perfume, expressed our love, captivated us with their beauty, inspired our imagination and healed our illnesses. According to fossil evidence, roses date back 35 million years.

In England, monastery gardens of Medieval England were full of roses. In France, Roses were the favorite flower of the Empress Josephine. The Greeks saw the rose as a symbol of the future for their culture and were credited with defining the term sub rosa. They also associated the rose with Aphrodite, goddess of love, beauty, arts and creativity. Roses became so popular in Ancient Rome that local trade could not keep up with the demand. Cleopatra was rumored to have had her bed and floors covered in fresh rose petals when entertaining guests. 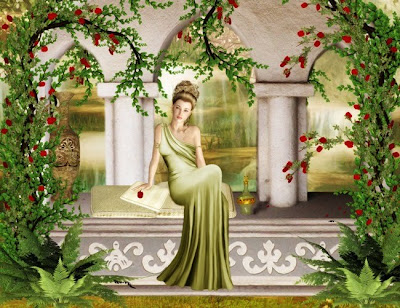 Roses were originally used in Roman houses for medicinal purposes but eventually became decorations for tables while the floors of banquet halls were strewn with rose petals. Roman guests were showered in fragrant rose petals with the belief that the rose was both an aphrodisiac and an antidote to combat drunkenness.Roses were in such high demand during the seventeenth century that royalty considered roses or rose water as legal tender and they were often used as barter or payments. 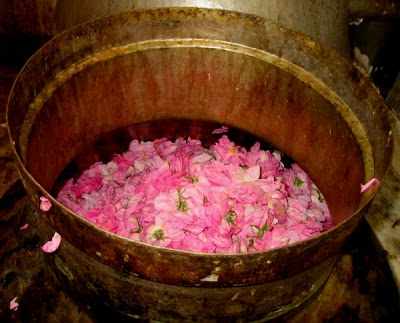 Rose oil will promote harmony and balance to the heart chakra, the center of love. In medieval Christian tradition, the scent of rose was associated with the presence of angels.
The use of the rose is steeped in tradition and it has a long history in its use of folk remedies, especially in the area of skincare. Rose oil is beneficial for dry sensitive skin as well as mature aging skin and will help to heal damaged skin. It is helpful in the treatment of eczema as well as broken capillaries. It is also antiseptic, anti-inflammatory and rejuvenating. Rose oil can also help to calm hyperactive children.

Rose hips, the edible and nutritious fruit of the rose plant is a natural source of Vitamin C as well as A, D, E and flavonoids. Rose hips are tonic, astringent and soothing to the skin. The rose is soothing to the nerves and can calm a stressful mind. It is regarded as a mild anti-depressant and used in treatments for nervous tension. Rose is uplifting and can promote a sense of well -being. A tea of rose petals will ease digestion, soothe a sore throat and fight infection. It is tonic to the female reproductive system. Rose water is combined in love potions while Rose petals are used in healing incense and sachets and burned to promote a restful night's sleep. Rose hips have been strung like beads and worn to attract love. Rose petals sprinkled around the home will calm personal stress and tension within the home.

Intoxicating, Luxurious, Romantic, Uplifting, Healing and Captivating to our Hearts ~ Indulge in Roses! 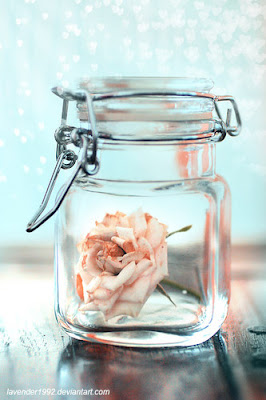 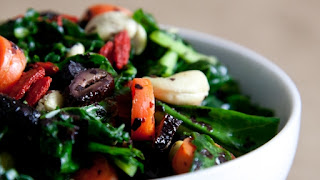 This recipe is simple, versatile and packed with greens and nourishing superfoods. You can vary the type of greens, sprouts, herbs and veggies according to what is in season. As far as superfoods go, the more the better! This is also great with a tahini based dressing.

Ingredients:
1 Head of Kale¼ Tsp. Salt1 Lemon, squeezed with a citrus juicer1 Tomato, chopped½ Carrot, chopped½ Avocado¼ C. Raw Olives¼ C. Whole Dulse, ripped into smaller piecesHandful of Sprouts (try growing your own with one of our sprouting kits!)Handful of Goji BerriesHandful of Fresh HerbsHandful of Raw CashewsDirections: 1. Chop and de-stem the kale and massage pieces with lemon juice to soften. 2. Add remaining ingredients and toss to mix. 3. Enjoy!!! 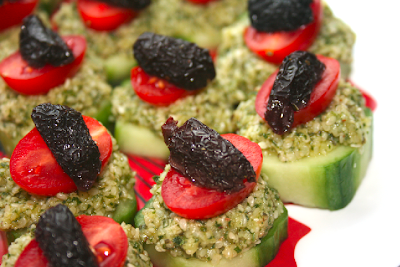 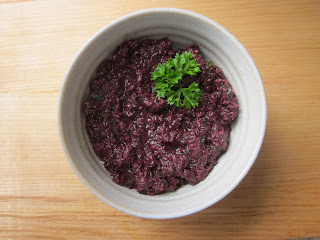 Black Olive & Sun-Dried Tomato Tapenade
By Chef BlissIngredients
1 cup pitted Peruvian Dried Black Olives the herbed pitted would also be great.
1/4 cup sundried tomatoes (soak for 2 hrs then drain)
juice from 1 lemon
2 garlic clove, minced
1/4 cup (60ml) Bariani Raw Stone-Crushed Extra Virgin Olive Oil(have some extra used as needed) 1. Place the olives, sun-dried tomatoes, lemon juice and garlic in the bowl of a food processor and process until finely chopped. (Alternatively, place ingredients in a mortar and pound with a pestle until well combined).
2. With the motor running, gradually add the oil in a thin, steady stream until well combined and a smooth paste forms.
3. Transfer to an airtight container and pour over extra oil to cover the tapenade surface (to prevent oxidation).