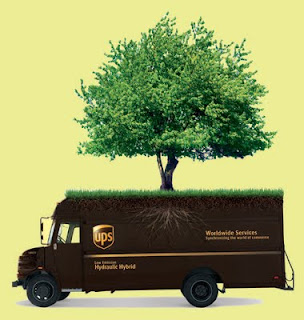 Natural Zing has been partnering with UPS since our founding in 2003.  Not only has their service been great and rates been competitive they have also won several green business awards.  They have a new green program called, Offset Scope 3 Emission with Carbon Neutral Shipping, that Natural Zing will start utilizing this week.   To offset the carbon emissions, UPS buys carbon offset credits through a process verified by the SGS Group (UK) and certified by the Carbon Neutral Company.


What UPS has been doing recently to reduce emission?
By using rails, which requires four times less energy per ton mile than tractor trailers,UPS has drastically reduced emissions from package delivery.

Did You Know?
* UPS package cars are painted brown to reduce the need for washing and have a semitransparent
top to allow in light.
* UPS Package Flow Technology optimizes routes for drivers to reduce left-hand turns and has
eliminated more than 100 million miles since 2003.
* UPS was founded in 1907, and began testing an electric vehicle in 1935.
* UPS has tested and used hybrid-electric, hydrogen, and hybrid hydraulic vehicles for
more than a decade.
environmental sustainability 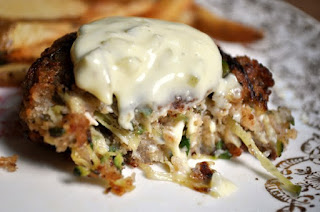 Summer is known for clam bakes, steamed crabs and fresh seafood from the ocean.  When you're vegan sometimes you miss the foods your grew up with.  For me, as a Marylander, I started eating steamed crabs sitting next to my dad at age 5.  He taught me all the tips and trick.  It was usually a big family social event at the shore with piles of crabs and lots of spice.  Sometimes I miss all that spice.  I researched a way that I can have the best of both worlds raw vegan crab cakes... I can't wait to share these with my dad and family.  I hope you enjoy.  Have an awesome summer! Ingredients: Crab Cakes 2 1/2 cups zucchini, peeled, shredded and cut into 1/2 inch pieces 1/2 cup Brazil nuts , finely ground 1/2 cup golden flax seeds , (grind into a powder using a small blander or coffee grinder) 1 small sweet yellow onion 1/4 cup celery, finely minced 3 Tbsp nutritional yeast 2 1/2 tsp dulse flakes 1/4 cup dill, fresh, minced 3/4 tsp mustard seed powder 1/2 tsp  s 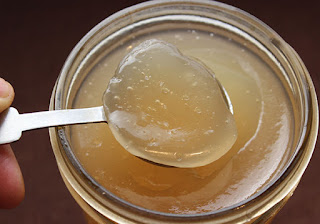 This recipe makes half a quart or more of gel. Ingredients:     1C dried whole Irish moss (unsoaked)     2-3 C pure water (used for blending) Directions: Thoroughly rinse 1C of the dried whole seaweed in pure water by soaking it for 20 minutes. Rinse again to remove any sand or debris. Place the Irish moss into a quart jar and fill with pure water. Soak overnight or at least 8 hours (so it will be easier to blend smoothly) and strain. Add the moss to a high-speed blender (like a Vitamix or Blendtec) and add just enough water to cover it, usually 2C works well but it can vary depending on the seaweed consistency. Blend until smooth, which may take a few minutes and will turn a cream color. It is pourable at this point but will solidify when chilled. Pour into a glass jar and place a lid on top. Store in the refrigerator for on-hand use in drinks and recipes. How to Use: A very popular ingredient these days in raw food deserts as it creates a thick consistency perfect for smoothies, raw 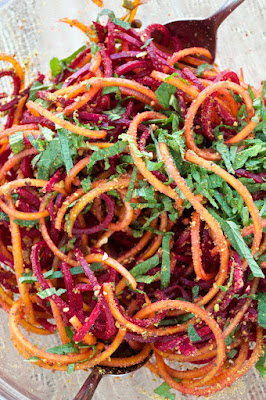